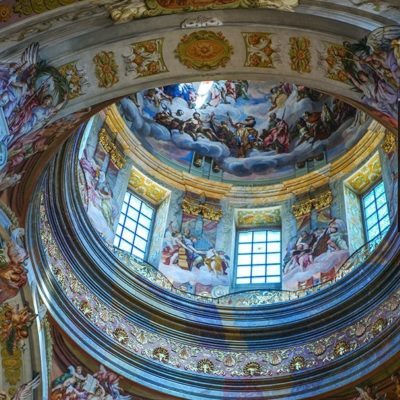 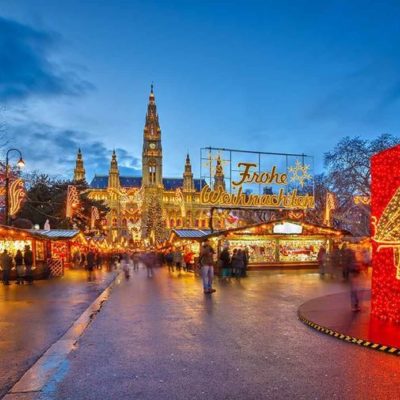 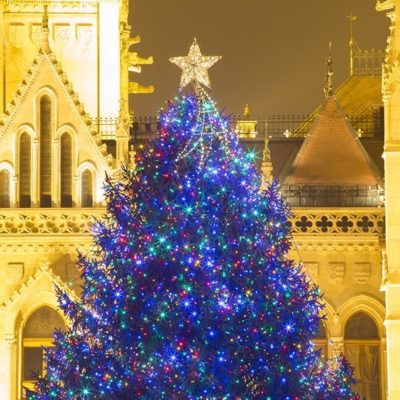 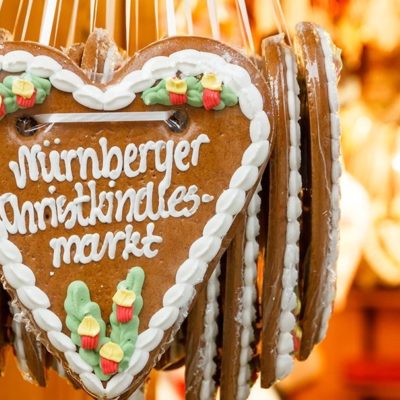 Board your cruise in Nuremberg. Tonight, gather on board your ship and meet your fellow passengers. The ship will moor overnight in Nuremberg.

Join a city tour of WWII highlights and then walk through Nuremberg’s cobblestone streets to the Imperial castle and 900-year-old city ramparts. Later, you can visit Nuremberg’s Christkindlesmarkt (Christmas Market), one of the world’s largest and most famous Christmas Markets. Stroll along as the aroma of mulled wine and gingerbread fill the air and browse through over 100 red and white canvas-topped booths offering an assortment of unique treasures, toys and seasonal goodies. En route to Regensburg, you’ll cruise through the manmade marvel, the Main-Danube Canal.

Regensburg is one of Germany’s best preserved medieval cities, as well as a UNESCO World Heritage Site. Join a guided walking tour showcasing the city’s architectural highlights, including the Old Town Hall and the Porta Praetoria before visiting one of Bavaria’s most beautiful and romantic Christmas Markets at Thurn and Taxis Castle, where you can watch artisans make their unique arts and crafts. As an alternate option, sample some of Bavaria’s specialties—beer, sausage and pretzels. Or bike to Walhalla where you will see the neo- Classical white marble temple inspired by the Parthenon in Athens.

Join a walking tour of this 2,000-year-old city, noted for its Gothic and Italian Baroque architecture and St. Stephen’s. Go in search of Bavarian-style crafts at the Christmas Market. Alternatively, you can travel through the serene Austrian Alps to Salzburg, birthplace of Mozart. Your full-day excursion in Salzburg includes a walking tour of the UNESCO-designated Old Town, its magnificent cathedral and Christmas Market, which is a feast for the senses. For the active adventurer, join a guided bike tour along the Danube.

Cruise to Melk, known for its magnificent Benedictine Abbey, a UNESCO World Heritage Site and one of Europe’s largest and most revered monasteries. Visit this magnificent Benedictine Abbey, which now houses a museum chronicling its history and a famous library with countless medieval manuscripts. Alternatively, go on a guided bike ride along the Danube and through the scenic the Wachau Valley.

The “City of Waltzes” offers a treasure trove of gems just waiting to be discovered. Join a tour showcasing its regal splendors, such as the majestic Opera House and the former Imperial Palace of the Habsburgs before concluding in Vienna’s historic city center. Afterwards, you'll visit the Rathaus (Town Hall) Christmas Market. If you prefer a more active adventure, then join a guided bike ride along the Danube. During the afternoon, visit the Karlsplatz (Artisans) Christmas Market, a local favorite, and the market at Schönbrunn Palace with a giant sparkling Christmas tree. Cap the day off with "Vienna by Night" Christmas Markets at the beautifully decorated Maria Theresaplatz Christmas Market, set amongst the world-renowned sights of Vienna's majestic Ringstrasse, and at the illuminated Rathaus, Vienna’s largest Christmas Market.

Savor the beauty of Buda and Pest on opposite sides of the Danube with a city tour that showcases many highlights, including Heroes’ Square and Castle Hill, home to Fisherman’s Bastion and Matthias Church. In the center of it all is the Christmas Market, where you can shop for traditional Hungarian wares and delightful holiday treats.

Bid farewell to Budapest as you prepare for your flight home or continue on your exploration of Europe.