Although our day wasn’t panning out as nice as previously forecasted, weather wise, my boyfriend and I were determined.

We were determined to go and visit the new breweries and the distillery in Squamish. The major alteration in our plan, was taking the car instead of the motorbike…

Squamish is a 40 minute drive from our home town of Whistler and a 1 hour drive from downtown Vancouver. Previously Squamish did not offer much to the traveller, except a bathroom break at McDonalds, however in the last 4 years it has developed itself and is worth a stop on the drive from Vancouver to Whistler (and not just for the bathroom!).

Previously the only brewery in town was the Howe Sound Brewery; it now has competition. With the boom of microbreweries thanks to the change in BC regulations just about 2 years ago, the Sea-to-Sky corridor has seen a few local enthusiasts start their dream and the locals are supporting them in droves. 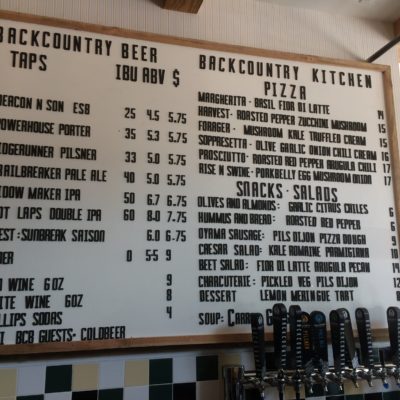 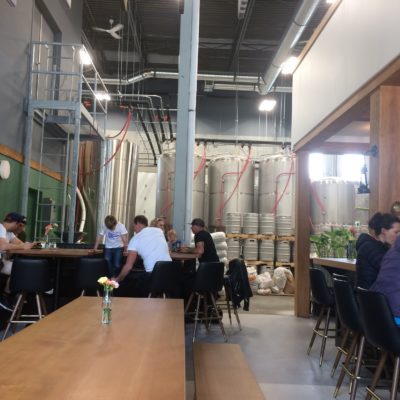 Our first stop was Backcountry Brewery. Opened just 1 month ago, they have already had to curb distribution to other locations in order to be able to serve the local clientele at the brewery – that is success if I have ever seen it! Here you can have a flight of their 7 different brews and have some lunch (pizzas and salad). From their location they have a view beyond the industrial park of the mountains and they have decorated minimally but well.

I would not consider myself at all to be an IPA fan. I tend to go for the saisons or porters, pretty much anything except an IPA. However, here they have an IPA for non-IPA drinkers and it is actually the house favourite. After taking your first sip of this beer you will not have any weird faced selfies from the extra hops! Their IPA is more of an east coast IPA than what we are used to here on the west coast, less hop, less filter and more enjoyment for non-IPAers.

They also have a very enjoyable and tasty unfiltered Pale Ale and the Pilsner was good too.

We then moved onto the A-Frame brewery, just 3 blocks down the road – also in the industrial park. This street is jokingly being called ‘brewery road’ as there is expected to be two cideries open here in the next 12 months. 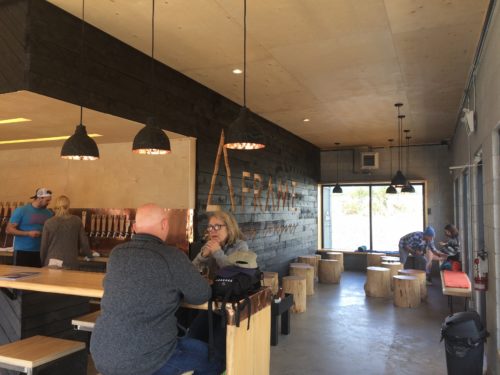 This place is not quite so big or as welcoming as the previous brewery. It is purely a tasting and purchase brewery without the ‘come in and spend time’ vibe. The attention to detail is not quite there and the beers are ok. We tried 4 (their flight) which consisted of their cream ale, belgian ale, IPA and a porter. The consensus here was that the porter was actually better, due to richer flavours, than the previous brewery, and the cream ale was better than expected. It did not shock us or create extensive talking points but was enjoyable. 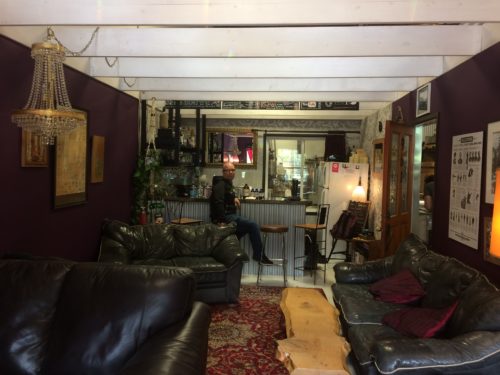 Our final stop of the day was Gillespies Fine Spirits. We have seen the signs for this distillery over the last 2 years and have said that we should visit, but had just not made the effort til now. On first impression, well let’s just say it wasn’t great. However once we started the tastings and talking to the barmen (we were the only ones there) he was chatty, informative and clearly into his spirits. In their product range is a wheat based vodka, a rye based vodka, gin, limoncello and a few other concoctions. It is one of the few places that I have visited that serves both a wheat and rye based vodka and it was nice to try them side-by-side; rye was my favourite. I was also nicely surprised by the gin which was floral and well balanced – not overwhelming tasting of alcohol, it would be nice on the rocks on a summer day. The Aphro Chili Chocolate was a different option. This is a concoction they have created for mixing into cocktails, however you try it straight. It has a chilli start with a cooling chocolate flavour. This year the distillery is starting their whisky program and I am excited to try this.

It is great to see that more enthusiasts are able to turn their passions into business. Some obviously do this better than others, but we have the opportunity and this is great for the Squamish area as they were lacking these kinds of experiences. It is worth the afternoon visit to make your own opinions and expand the palate a little.