Travelling across Canada - a trip down memory lane!

We call Canada our home, but have you actually ventured out from your own back yard to really see what this amazing country has to offer? Nearing the end of Canada’s 150th birthday, I feel like a little trip down memory lane is in order… 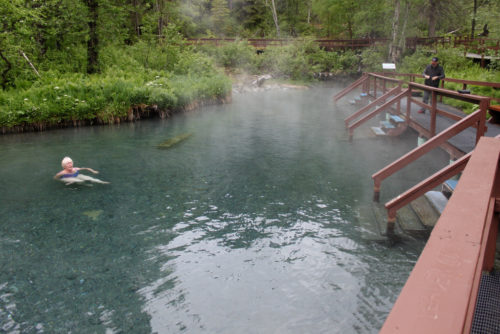 When I was 19 my girlfriend and I took the trip of a lifetime and drove across this amazing land. When I say drove across I mean drove across from sea to sea! We started our journey in Vancouver and headed north past Prince George along a looong gravel road to the magical Liard Hot Springs. Skip the touristy pool, go at night and take the extra hike to the natural hot springs surrounded by trees and stars. 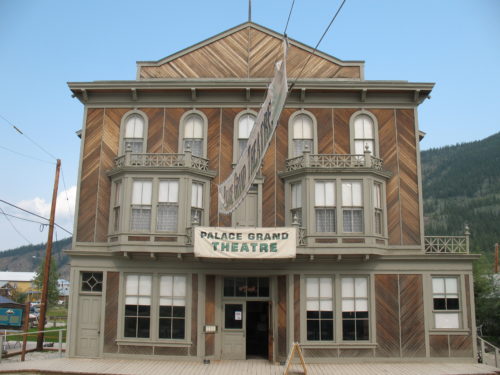 We continued North into the Yukon spending time in both Whitehorse and landed in Dawson City just in time to celebrate the 100th anniversary of the Klondike Gold Rush. Celebrations everywhere brought you back to what it was like 100 years prior with wild west showdowns in the streets, cancan girls dancing in the Palace Grand Theater, etc… Being late June the celebrations went long into the night thanks to the 23hours of sunlight at that time of year

After doing a quick loop through Alaska we headed southeast through Edmonton and Calgary visiting friends and family, onto Banff’s adventure paradise, and continuing through the Prairies in what seemed to be the longest and straightest road in the world. Visiting more friends in Winnipeg, and then we were off to what local’s view as the center of Canada… Ontario.

You might ask why I am rushing through these central cities & provinces. Obviously, the Rocky Mountains are a must see and are often on the (tourist) to do list as are the others we visited. Add Toronto and of course Canada’s Capital, Ottawa to the popular tourist trail, but what I really want is to focus more on the hidden gems that still warms my heart 20 years later 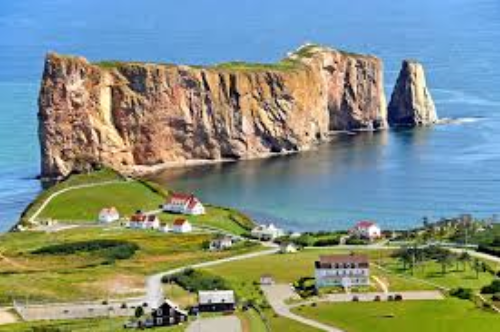 Quebec… this province feels like another amazing country within Canada and so worth the time exploring all that it has to offer. Let’s start with the main cities… Montreal is the art capital of Canada. Cafes, street artists, museums, nightlife and where the Just for Laughs comedy festival and Cirque de Soleil were created. What a vibrant city filled with so much magic. Quebec City… The easiest way to describe this city is a piece of Europe in Canada… a fantastic walkable city that is stunning around every corner. But the gems… get outside the city and drive along the Gaspe Peninsula stopping in all the colorful fishing villages along the way to the beautiful Perce Rock. Practice your French so you can listen to the amazing stories of the locals who have lived here all their lives. Fresh fish for dinner, artist shops, scenery… This beautiful drive is worth the time.

New Brunswick… did you know that Dalhousie has a neighborhood where all their fire hydrants are painted as animals? Drive Magnetic Hill and feel like you are going uphill when you are actually going down! Spend time at the Hopewell Rock formations during low tide so you can really see the grandeur of these formations. 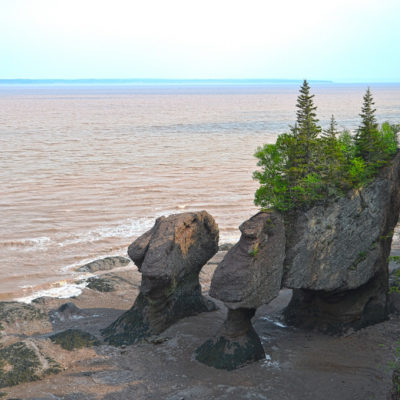 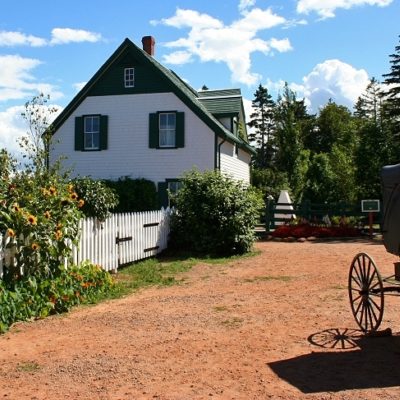 PEI… red sand beaches, stunning oceanside cliffs, Anne of Green Gables, the 12.9km Confederation Bridge. This is the smallest province but the most charming.

Nova Scotia… with the last name Comeau you may already know that part of my background is Acadian. Yes, I still have family in Nova Scotia so this is a special province for me. Halifax being well known for the Bluenose II, the largest resting place for victims of the Titanic, lobster feasts and of course being the friendliest city in Canada. Make sure to visit Citadel Hill, Peggy’s Cove and its famous lighthouse, Mahone Bay and of course Cape Breton with one of the most beautiful drives in the world along the Cabot Trail. 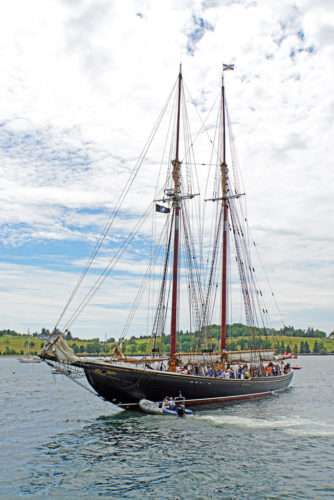 From Nova Scotia we were last to board the ferry for our 4-hour journey to Newfoundland. Gros Mourne National Park is a must see for hikers and nature lovers. Driving around the island to all the small towns you feel like you are in Scotland. Rolling hills and bag pipes in the distance and a strong contender for the friendliest people in Canada. When it was time to leave Newfoundland, we took the 14 hour overnight ferry back. If you knew me you would know that I don’t do well on boats to begin with so I had a rough time sleeping on this ferry. Instead I went to walk around and made my way to the upper deck to get some air. Once outside I heard music and naturally found myself headed in that direction. What started as one guy with a guitar soon turned into a party with sea shanties, laughter and everyone was invited. You know those visions you have of a place before you visit? This was mine of Newfoundland. Absolutely spectacular!

After about 2 months on the road it was time to start heading back west. Trying to be back in Winnipeg for a wedding we threw in some night driving only to later be told that people should avoid night highway driving because of wildlife… BAM!!! I had just finished my turn at the wheel and needed to rest my eyes. I had put my seat back to try and get a few winks. I wasn’t even asleep 5 minutes when we clearly hit something and hard. I sat up so fast that I became disoriented where I actually thought we went off a cliff and were going under water. Seconds later I get my bearings and look over at my friend to ask what happened. “We hit a bear!”. She was frozen and in shock. I let out a huge sigh of relief and had a slight chuckle as again, I thought we were going to drown... you can imagine how that went over. The poor bear ran off but completely totaled our car. Our Canada trip was over!

We all have amazing countries and cities on our long list of places we must see but don’t forget about the magic that is in our own country. Want to venture further why not check out the Polar Bears in Churchill, Manitoba, or do an Arctic Voyage and see Canada from the ocean, don’t forget about the Inuit people further north who Gordon Downey from the Tragically Hip made a point of not letting Canadians forget, or Vancouver Island and all the surrounding islands for a nature lover’s paradise where you can storm watch, whale watch, hike, shop, kayak, camp, or visit Tigh Na Mara which was voted the #1 spa in Canada… We have a beautiful country! Let’s get out there and enjoy it!